What is Flamenco? Cante, Baile, Toque, and More... 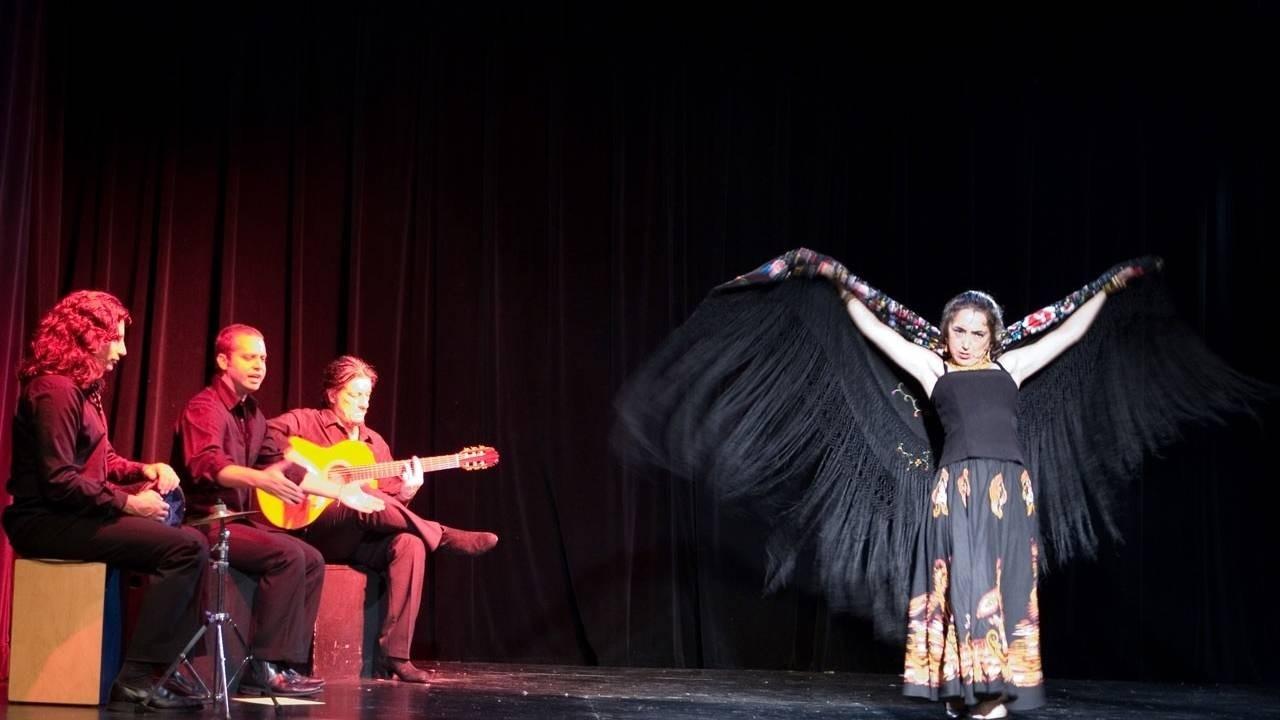 Rightly so, because Flamenco is not just one performing art form, but several of them, which are included under the umbrella name of Flamenco.

The different performing arts we are talking about are: Baile (dance) Cante (singing) and Toque (guitar playing). Each one of these aspects of Flamenco is a distinct art form in its own right.

Flamenco, which originated as a multiculturally influenced oral tradition of the people of Southern Spain, has become an internationally recognized performing art form and world music genre.

When Flamenco exactly began is a mystery. Nobody can state for sure that Flamenco began on a specific day, month or year.

However, we know that the type of dancing identified today under the generic name of Flamenco such as rhythmical foot stomping dancing as in the Farrucas, or sensual hip-moving dances to singing and clap accompaniment as in the Tangos, were already documented in Spain since the time of the Roman Empire.

If we want to keep it simple, we could say that it was during the 19th century that we find the written sources using the name Flamenco referring to dances similar to ancient Spanish dance traditions characterized by swaying of the hips, rotation of the wrists, rhythmic feet stomping, proud postures and fiery turns.

The etymology of the word Flamenco is a controversial subject. There are many theories about the origin of the word "Flamenco." Presenting and discussing these theories is a subject for a whole other article.

In this article, I would like to focus on the different aspects of Flamenco as a performing art.

Baile is the Dance. Those who interpret it are called Bailaor/Bailaora. In Flamenco, we find dances that are traditional, such as the Bulerías, Tangos, Rumbas, and Sevillanas. We also find non-traditional dances, such as Siguiriyas, Tarantos, Martinetes, and Campanilleros. These type of dances are theatrical and were created by specific Flamenco artist as interpretative dances of Flamenco songs.

Toque is the guitar playing. When dancing or singing takes place without Toque, it is called “a palo seco.” Guitarists in Flamenco are mostly men. The Flamenco guitar player is called el Tocaor, or el Guitarrista. In the case of a woman, she could be called la Tocaora or la Guitarrista. In recent years, it has become popular again to interpret Flamenco using a variety of instruments. Yet, the guitar is still the most traditional and characteristic instrument.

In addition, there are other important foundational elements that are often found in a Flamenco performance. Namely, palmas, jaleos, and percusión. Each one of these elements contribute to Flamenco's distinct flavor.

Palmas is short for “Tocar las palmas” which means clapping. It is traditional in Flamenco to create exciting grooves by clapping. Those who do it professionally are called Palmeros/Palmeras. In a Flamenco performance it is customary that the singer or the other dancers accompany each other with their claps. Nevertheless, in Spain there are people who make their living as professional Palmeros.

Jaleo (Hah lay o) short for “Hacer Jaleo” refers to the shoutings of delight (e.g. “¡Ole!”) or encouragement (e.g. “vamos ayá” roughly translated as: Let’s go for it) for the performers. This needs to be tastefully done on the beat and within the groove of the rhythmical measure, not randomly. There are also purely syllabic jaleos that have not meaning. These types of jaleos are more like production of rhythm with the voice. Although, often times, the jaleo element might come from the audience, it is customary that the performers do jaleo for each other. This jaleo element is not to be confused with the style (palo) called Jaleos Extremeños.

Percusión –percussion- is the new comer. First it was the cajón, which was brought over from Perú by celebrated guitar master Paco de Lucía and took Flamenco by storm. Nowadays, it is common to see a percussionist on the stage with all sorts of different instruments to accompany Toque, Cante, and Baile.

Flamenco expresses the whole spectrum of human emotions: from the deepest sorrow of the jondo styles as in the Siguiriyas, Soleares and Peteneras, to the most joyful and playful expressions of the soul as in the Tangos, Bulerías, and Alegrías.

Either way, your spirit soars, while your body follows the beat! 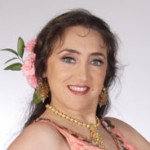 Native Spaniard Puela Lunaris, who holds a B.A. in Dance Education and Spanish Culture from the State University of New York and a Master in Digital Media from New York University is a unique professional dancer specializing in Barefoot Feminine Flamenco for World Fusion.

She is a workshop leader, dance educator, and multi-medium producer integrating the primordial aspects of dance with the cutting-edge aspects of technology through her Online Dance Enrichment Program, One-on-One Coaching, and Teacher Trainings.

As founder of Dances of the World Society, Puela has developed The Chanelar Flamenco Project, a program focused on saving aspects of Flamenco in danger of extinction such as Zambra Mora and Feminine Flamenco. Puela is a member of the American Society of Composers, Authors and Publishers. 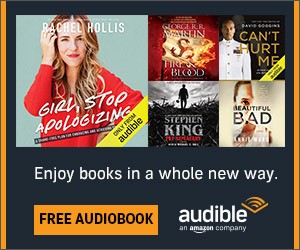