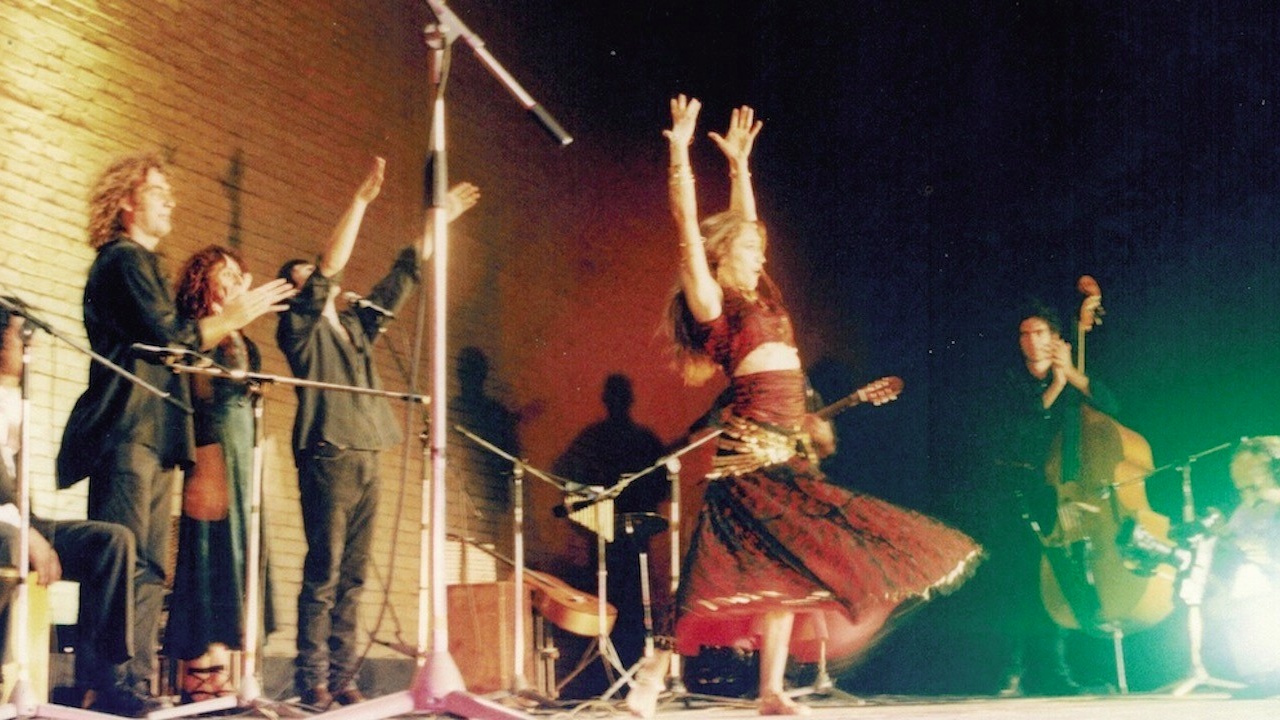 “Where and when did you discover barefoot Flamenco?” I am sometimes asked. I cannot say I “discovered” barefoot Flamenco. It is my natural expression to dance Flamenco barefoot. I have often been called "the Isadora Duncan of Flamenco" and I feel very honored by that! Similar to Isadora Duncan’s experience in the beginning of the 20th century, I feel constricted dancing in shoes. I love the freedom and the lyricism of dancing barefoot.

Barefoot Flamenco is not a technique, but a way of interpreting Flamenco dance. Dancing with shoes or dancing barefoot is a choice each dancer will make. When I dance Flamenco barefoot I use all the traditional Flamenco dance vocabulary, except for the heavy-duty footwork, which is not traditional, but theatrical.

My choreographic voice in this field of dance involves a contemporary approach to Flamenco dance deeply inspired by my ancestral roots that go all the way back to the Roman Empire.

Yes, in Spain, we have a long standing tradition of barefoot Spanish dancing that is documented all the way back to the times of the Roman Empire.

First and foremost, we find the Puellae Gaditanae, the famous Spanish dancers that took Rome by storm. To honor them, I perform a barefoot Flamenco Tanguillo of Cadiz while playing the finger-cymbals, which we call Crótalos and they were played often back in ancient Rome.

This is the style in which history books describe how the Puellae Gaditanae (The Girls of Cadiz) used to dance many of their Spanish dances: barefoot and playing finger-cymbals.

Actually, my stage name Puela (derived from the Latin "Puella" which means Niña-Girl) honors the Puellae (girls), because they are considered the first professional Spanish dancers in history.

According to Curt Sach, author of World History of the Dance, the dance of the Puellae has many elements of what today we call Bellydance.

There is also indication that Bellydance is not Arabic, but an ancient Mediterranean and Middle-Eastern tradition that already existed at the time of the Roman Empire with roots in the dawn of time. 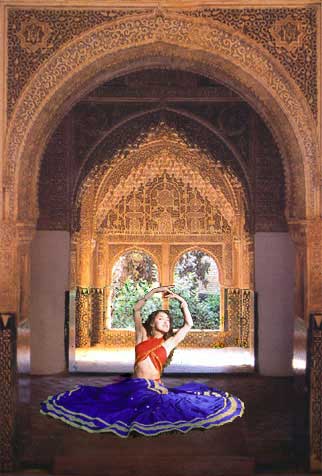 With the establishment of a new religion which became known as Christianity, the dances of the Puellae Gaditanae were forbidden by emperor Theodosious, on the grounds that they were too sensual.

Another formerly forbidden dance of Spain that I dance barefoot is the Zambra. It was a traditional celebratory dance and music of the Nasrid kingdom of Granada up until 1492. Zambra, which was forbidden for centuries,  survived against all odds, reinventing itself in different shapes and forms to become a cultural hit during the 1930-60s. But since the 1970s, Zambra has been an art in danger of extinction.

However, in the ancient Morisco village where I was born, Zambras remained popular, so I grew up surrounded by evocative Zambra melodies. I am specially enamored with this form of Flamenco and I am on a mission to keep Zambras alive. 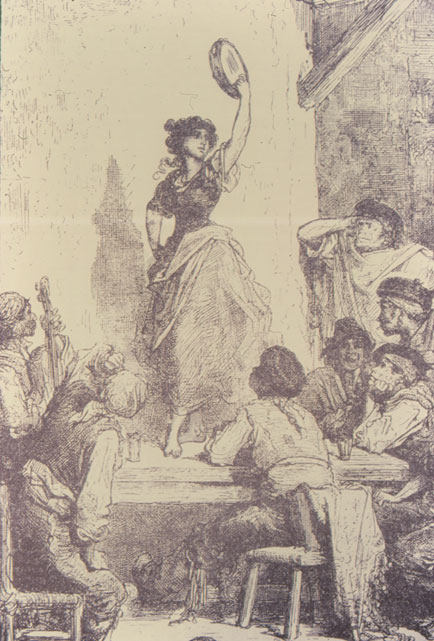 tambourine (pandereta). Yes, you guessed it: this is another Iberian tradition in danger of extinction. With Sephardic, Gitana, Moorish and even Celtic influences, the tambourine is an instrument I love to dance with.

Flamenco dance is older than the invention of the Flamenco shoes as we can clearly see in the illustrations by Gustave Doré, who painted barefoot Flamenco dancers performing with their tambourine circa 1872.

Even though in Spanish culture, in the old days, going barefoot was associated with being poor and wearing elegant shoes was associate with being rich, the tradition of dancing Flamenco barefoot survived all the way into the 20th century.

Two of my most famous predecessors are La Chunga and La Chunguita, both exquisite barefoot Flamenco dancers. I feel very proud to follow in the footsteps of La Chunga. It has been several decades now since no dancer embodies the tradition of dancing barefoot Flamenco as a signature style. I can humbly say that I am happy to take care of the task.

Nevertheless, recently, there have been conventional Flamenco dancers who perform some of their pieces barefoot. I heard that one of the daughters of famous José Greco has danced a memorable Alegrías descalza (barefoot); and, my friend, “El Polito,” a young gitano male dancer from the outstanding Farruco family in Seville, dances descalzo (barefoot) por Bulerías. I enjoy watching my idol Lola Flores dancing Zambra barefoot in the old movies. I also was pleasantly surprised to see Pastora Galván dance barefoot in honor of the Gitanas grandmothers of Triana. 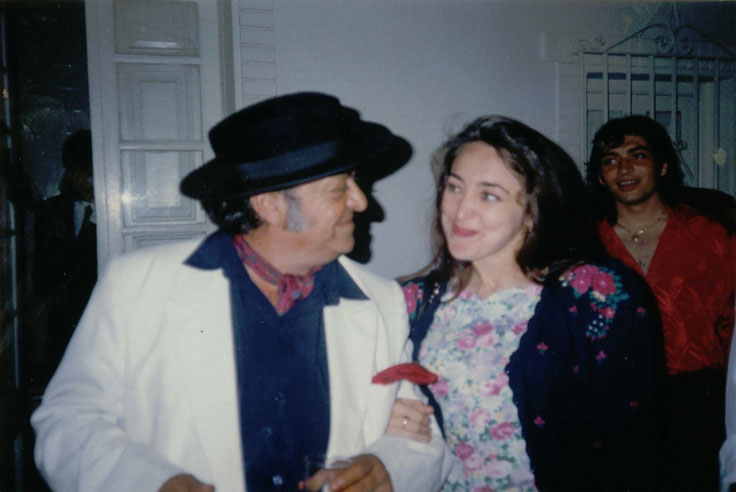 Furthermore, I was deeply honored by my beloved mentor and dear friend maestro “El Farruco” when he asked me to choreograph a barefoot Flamenco dance with Moorish flavor for his granddaughter Saray Montoya, who performed it in the famous movie Bodas de Gloria.

My choreographic voice embraces a contemporary approach to barefoot Flamenco dance deeply inspired by my ancestral and cultural roots.

I love the refreshing simplicity of dancing Flamenco barefoot. I find it sensual, lyrical and liberating!

Click here to read part two of this article